(19/P065) TRENTON –The Department of Environmental Protection’s advisory about bodily contact with lake water has been lifted in a second area of Lake Hopatcong: Henderson Cove.

“The dedicated work of DEP staff—who are continuously monitoring Lake Hopatcong—is giving us the necessary data to make science-based decisions,” said DEP Commissioner Catherine R. McCabe. “We are pleased to extend the lifting of advisories to Henderson Cove, which makes an even larger area of Lake Hopatcong more available for swimming and all watersports. It is important to remember, however, that bacteria levels do remain high in the majority of the lake. So swimming and active watersports should be limited to Indian Harbor and Henderson Cove.” 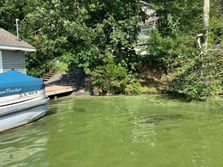 The advisory applies only to bodily contact with the water. Boating and other non-contact recreation are not considered dangerous.

DEP recommends that the public avoid bodily contact with lake water in areas beyond Indian Harbor and Henderson Cove. Swimming and watersports such as jet-skiing, water-skiing, paddle-boarding, canoeing or kayaking should be avoided because skin exposure or accidental ingestion of the water containing these bacteria could cause adverse health effects.

There is no suggested limitation on more passive boating that does not involve bodily contact with lake water. 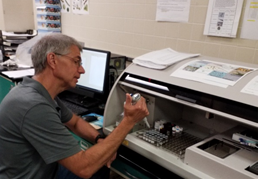 In mid-June, DEP received information from community leaders about children developing rashes after playing in Lake Hopatcong, as well as residents’ reports of algal bloom sightings, which is why DEP scientists quickly went to the lake to test and assess the situation.

Exposure to a harmful algal bloom, also known as a “HAB,” can cause a range of adverse health effects, including rashes, allergy-like reactions, flu-like symptoms, gastroenteritis, respiratory irritation and eye irritation.

Advisories and Beach Closures: How They Work

New Jersey’s protocol for issuing harmful algal bloom advisories and beach closures are based on its 2017 Harmful Algal Bloom Response Guidelines. These guidelines incorporate scientific and public health recommendations published by the World Health Organization and others.

When bacteria levels exceed state health guidelines, the DEP issues an advisory against bodily contact with lake water and fish consumption. (The DEP also reminds the public that no one should ever drink untreated lake water, regardless of the presence of a HAB.) That guideline is set at 20,000 cyanobacteria cells per milliliter of a water sample. When this level of bacteria is exceeded, the science shows that we can expect 3 in 10 people who have contact with the water to develop skin rashes or other allergy-like responses, or to experience gastro-intestinal distress.

An advisory is not a ban or an order for lake closure. An advisory is a form of guidance. No one would be ticketed or removed from the water if they choose to swim or engage in watersports when an advisory is issued. An advisory is meant to provide the public with information to help people make choices for themselves.

When an advisory is issued, State Department of Health regulations require local health departments to close public bathing beaches to reduce the public risk that could result from bodily contact with the water. A bathing beach closure does not mean that a lake is “closed” for other recreational activities, like boating. People must exercise their best judgment when deciding whether to engage in the type of boating (e.g., kayaking, paddle boarding, jet-skiing) that could put them in bodily contact with the water.

New Jersey has one of the most advanced monitoring processes and protective standards to reduce the risk to public health.

DEP’s aggressive monitoring program on Lake Hopatcong includes daily monitoring and detailed scientific analysis of several water quality parameters related to harmful algal blooms. DEP has deployed state-of-the-art monitoring buoys in Lake Hopatcong that collect data every 15 minutes, allowing DEP scientists to analyze phycocyanin levels that correlate to the bacteria cell counts on which advisories are based. The buoys also transmit oxygen and pH measurements that allow DEP to monitor and respond to changes in the HAB. 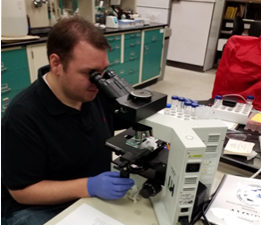 DEP also examines the harmful algal bloom from the air. Flights over the lake utilize state-of-the-art aerial sensor technology to estimate the concentration and movement of a harmful bloom.

DEP scientists compile and verify all of this water monitoring information daily and work to analyze changes in the harmful algal bloom. This analysis is the basis for issuing or lifting an advisory.

Harmful Algal Blooms: Avoid Them and Report Them

Cyanobacteria are naturally present in lakes and streams in low numbers. Under suitable environmental conditions – sunlight, high nutrients, warm temperatures and calm water – dense cyanobacterial blooms can form. HABs are usually a bright green, but can also appear as spilled paint, “pea soup,” or as having a thick coating or “mat” on the surface.

In 2017, the DEP launched a campaign to educate the public about these blooms and provide resources on how to report them to the DEP. The “Avoid It and Report It” campaign advises the public to take the following steps when a suspicious bloom is observed: